‘We need to talk about dementia’ 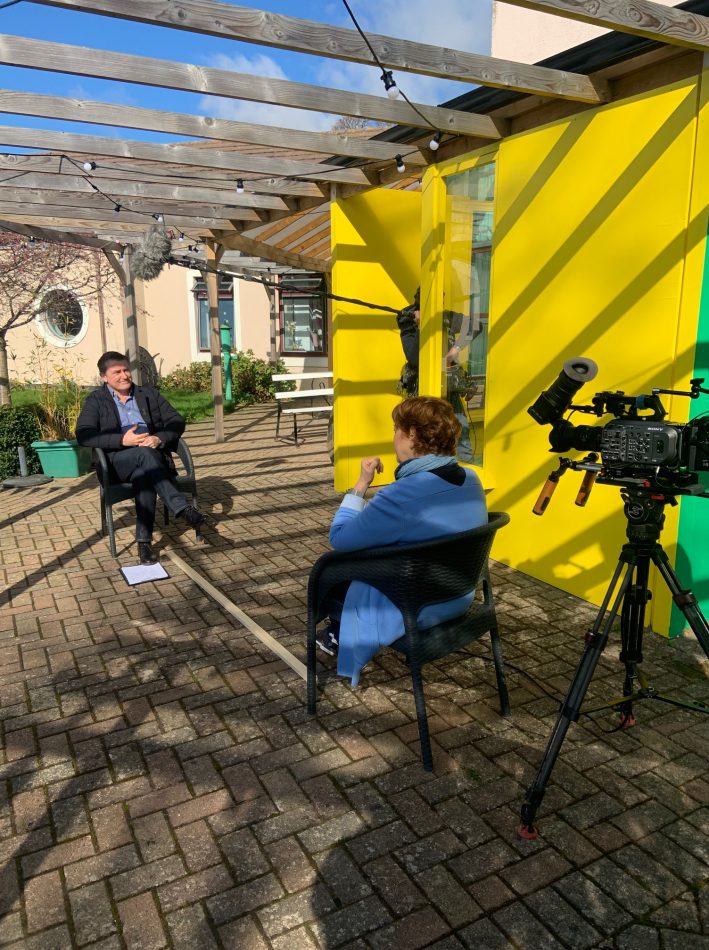 29 Mar ‘We need to talk about dementia’

Posted at 14:59h in News and Events by Siobhan Grant
0 Likes
Share

Saint Joseph’s Shankill was delighted to be invited to take part in a Virgin Media One documentary called ‘We need to talk about dementia’ which aired at 8pm Sunday 28th March.

The programme followed the presenter Martin King’s personal story of his mother’s experience with living with dementia.  Martin took the viewers on an emotional journey as he spoke with others who were both living with dementia or caring for someone they loved with the illness.  He came to Saint Joseph’s to witness the person centred care emotional care that Saint Joseph’s is renowned for himself.

Martin chatted with Director of Nursing Norma Sheehan and person centered lead Ann Bolger about why people living with dementia deserve to receive care that is focused on them as a person and not the symptoms of their illness, ensuring that can live the best quality of life they supported by people who truly know them.

Check out the whole programme here.

The documentary was a part of a weeklong fundraising drive for the Alzheimer Society of Ireland on Virgin Media One, and raised over €800k for ASI but also raised awareness about dementia and was a programme full of hope.